New Delhi, April 25, 2011
Some of the top policy makers, educationists and corporate came together at the Indian Education Congress 2011, the National Convention on the Business of Education, for interactions and knowledge sharing on various topics related to the best practices, regulatory issues and future trends in the education field. The event, which was organized by Franchise India and presented by S. Chand Group with KPMG as the knowledge partner, was focused on discovering the pulse of education business in the country.

Today, education sector in India is experiencing radical changes due to the introduction of new technologies and the globalization of education business. Commenting further, Mr. Gaurav Marya, President, Franchise India said, "The Government's education expenditure as a percentage of GDP is about 5% and the consumption trends predict that the urban Indian is spending 9% of his wallet on education while the rural consumer spends only 6%. In view of huge requirements of infrastructure and manpower in the field, even if the Government takes up the supply challenge, the time frame will exceed the youthfulness of our population. The Indian Education Congress is an initiative by Franchise India that recognizes the need to think more boldly and broadly on how to strengthen and expand our existing initiatives within the realm of the growing Indian education sector."

The importance of Public-Private Partnership in the education sector was discussed at length at the Congress. According to CBSE's Former Chairman Mr. Ashok Ganguly, 'In India, the condition of primary education sector is quite good. There are plenty of options available. But the efficiency of the secondary education is very low. In the next 3-5 years we need double the number of secondary schools than we have now. There is an urgent need for increase in financing for senior secondary schools. Government alone cannot fulfill the needs. Hence there is a requirement for private funding.'' In this regard, Educomp's Chairman Mr. Shantanu Prakash said, 'We are in a state of national emergency as far as educational facilities are concerned. There is a huge shortage that exists in the demand and supply. Unless we allow large scale private funding to come in, we will always speak of shortages. There is a huge gap in meeting the middle class aspirations and there is no industry other than the education industry which has such immense scope.''
The role of IT & technology in education delivery was another matter of concern for the panelists. 'Presently, technology has penetrated only 5% of schools while 95% are still open. The day would not be far when school students would be carrying laptops and notebooks to classrooms.' In the next couple of years, almost 15-20 million rupees would be spent on providing laptop and notebooks to school students. The introduction of 3G and Broadband will bring about a change in the landscape of education.' Educomp's Shantanu Prakash said. Prof. Raj Shekhar Pillai, Vice Chancellor, IGNOU, added, 'Implementation of IT in the school level teaching process is the immediate requirement.' Teachers should be equipped with IT. They should know how IT in classrooms can enhance the teaching-learning process.'
Commenting on the importance of teacher training and retraining for maximizing effectiveness during a session on Developing Human Capital, Mr. Ashish Rajpal of iDiscoveri said, 'The rate at which teachers join the profession is much lower than at which they leave. This can be changed only if it is acknowledged that teachers are the creators of knowledge. Managing the performance of teachers is not a small task. There are different kinds of management performance techniques and they should be applied according to the need of the hour. A teacher should be seen as someone who builds capacity. Therefore, it is vital to take into account the needs of the teachers and they should feel responsible rather than taking it as something that has been put as a burden on their head.'

'The next big leap in education can happen only if education is also looked at as an enterprise. We need best practices, scalable models and investment by organized players to achieve this. Once the education market gets consolidated then pan-India outreach can be achieved.' opined S. Chand's CEO Mr. Amit Gupta. During the Indian Education Congress, S. Chand Group officially announced its Joint Venture deal with world's leading K-12 education publishing company Houghton Mifflin Harcourt to form a company named 'S. Chand Harcourt India Pvt. Ltd.' This company will focus on bringing global technology, educational research and the most advanced ICT teaching techniques in the educational content in India.

The occasion also witnessed the prestigious Indian Education Awards 2011 which felicitated achievers, innovators and suppliers who have contributed significantly towards the growth of the segment. The awards were presented across 23 categories for which over 700 nominations were received. Dr. Ashok Chouhan of Amity University was given the Lifetime Achievement Award for Higher Education and Educomp's Mr. Shantanu Prakash won the Best Entrepreneur of the Year Award. Sharda University was recognized as the Best Private University while IGNOU got the award for Excellence in Distance Learning Education. A prestigious report titled Education Franchising Report 2011 was also released by Franchise India during the Congress. This Report showcases how education sector is the biggest contributor to the fast growing franchise industry in India. With over 390 active education franchisors and approximately 50,000 franchised education outlets across the country, the sector claims 30% share of India's franchise market which is estimated to be around US $7.2 billion.

Explaining the reason behind the popularity of education business opportunities among investors, Mr. Gaurav Marya said, 'Education sector offers potential business opportunity which could become as big and popular for investors as IT, telecom and retailing. This opportunity emanates from the fact that India has world's largest youth population who wants to boast of receiving quality education with world class training systems, and also the gap between the number of potentially employable people and corresponding training institutes available to train them is wide. Therefore, educating Indian students en masse creates immediate business opportunities for India's education sector in both formal and non-formal education categories.' 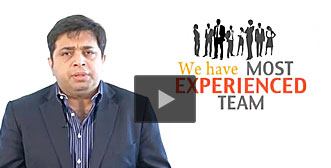